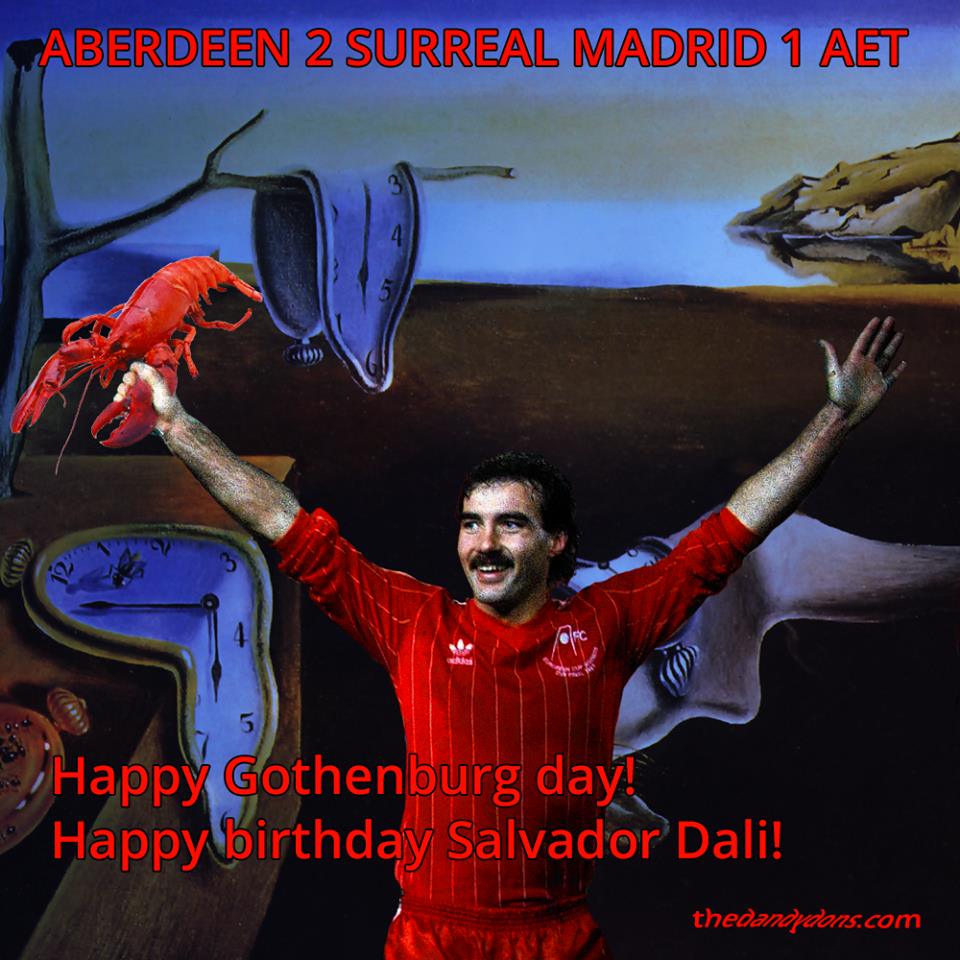 Been a while since the last meme dump.  Doing memes on The Dandies the last couple of years, starting to think there is nothing else to mine, graphically.

So-o, 11th of May, as well as ye know, is in fact the artist Salvador Dali’s birth date. He was a Catalan, did artwork for *Barthalona*, so presumably not a fan of Madrid, and extra time, bendy clocks, Dali had a tache, surrealism, lobster yeah. I may have had a drink that day to celebrate the 35th anniversary.

Oh, and I’ve decided lobsters are now part of the Dandy visual identity. C’mon, they are wearing the strip. 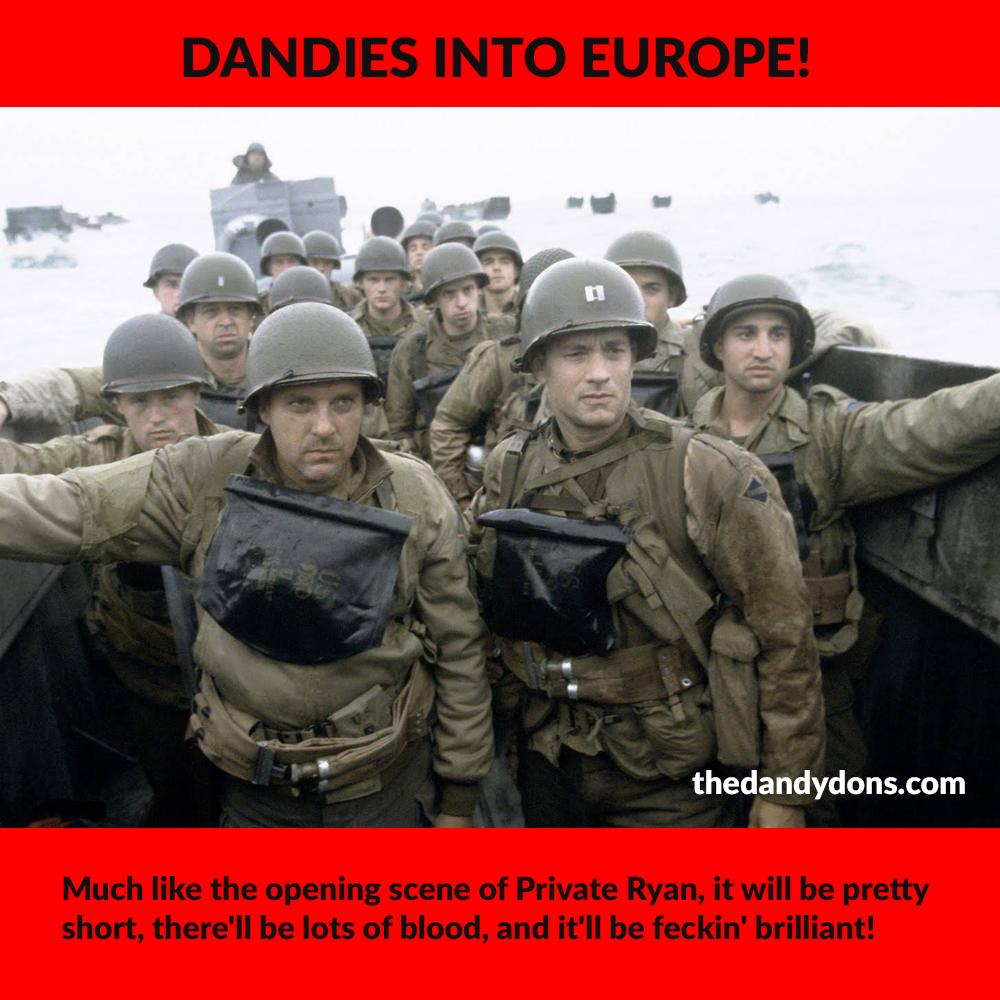 We qualified for Europe again! And much like Private Ryan, the rest of the show isn’t worth watching after that bit anyway. 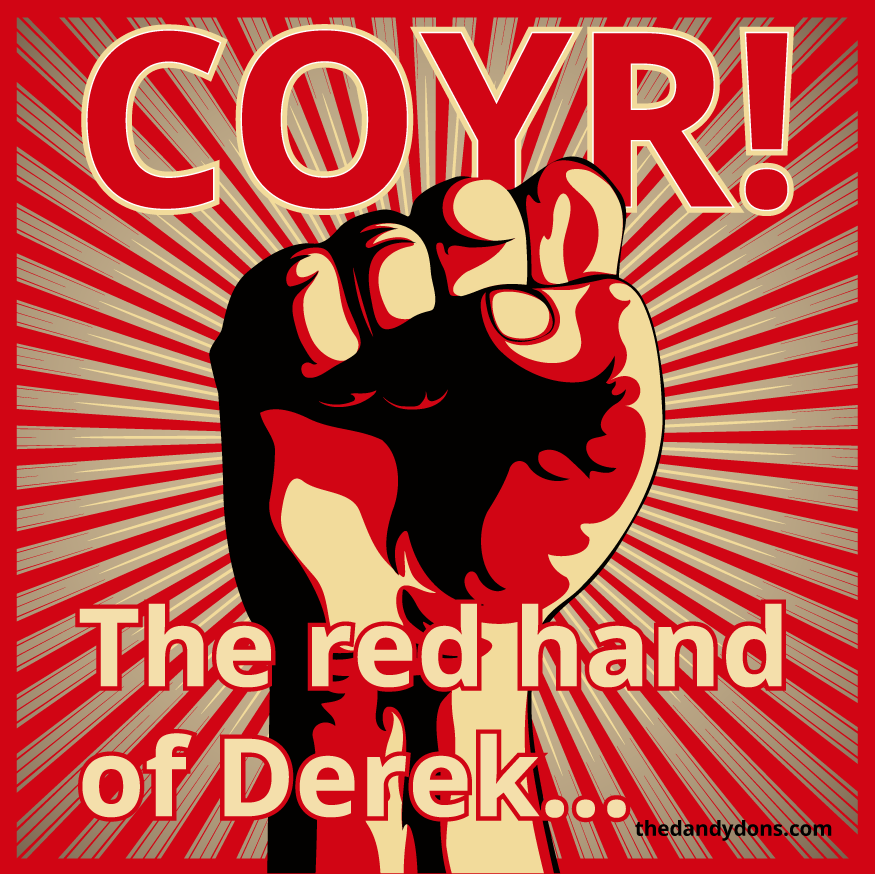 Can’t quite remember who we were playing the day I posted this one. Subtle, I aint… 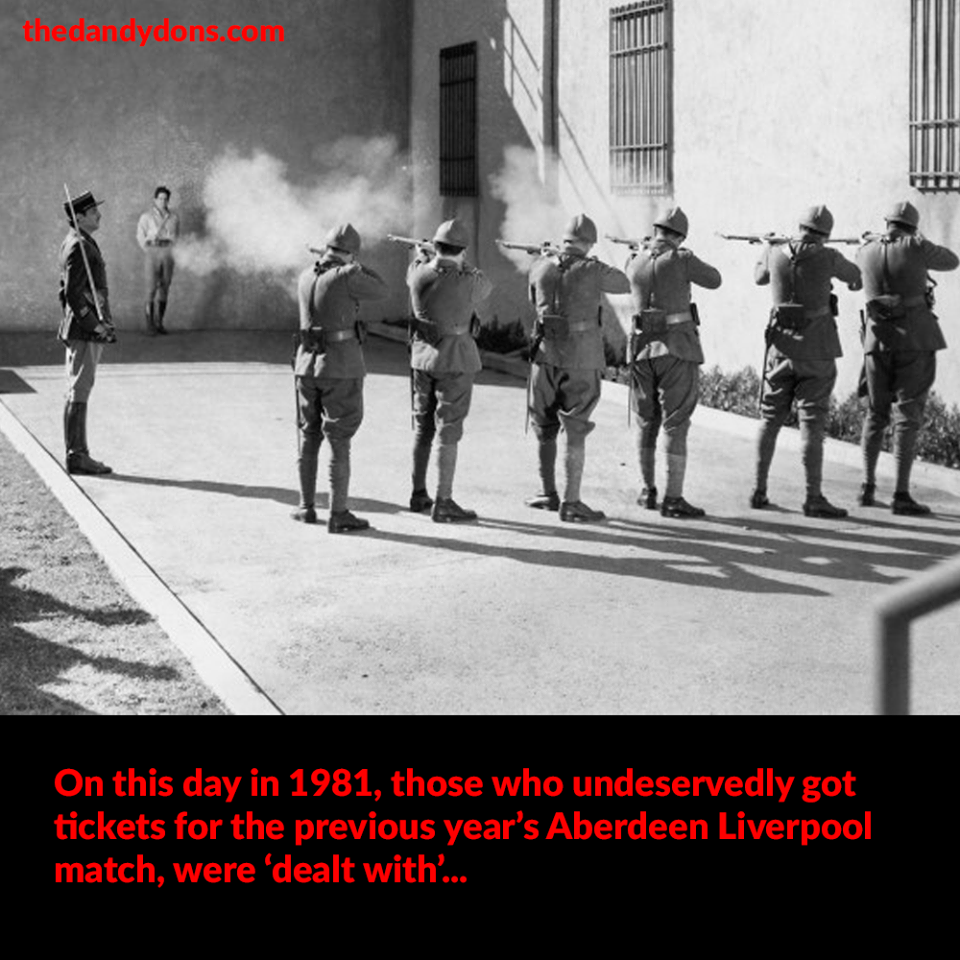 AberDNA. Ooof, we love an argument the old Dandy support. A wee bit of tension in the ranks. Just a reminder, some of us pride ourselves on grudge holding!

So what are we going to do with all that cash. What’s the point of a group poll function if you don’t use it. 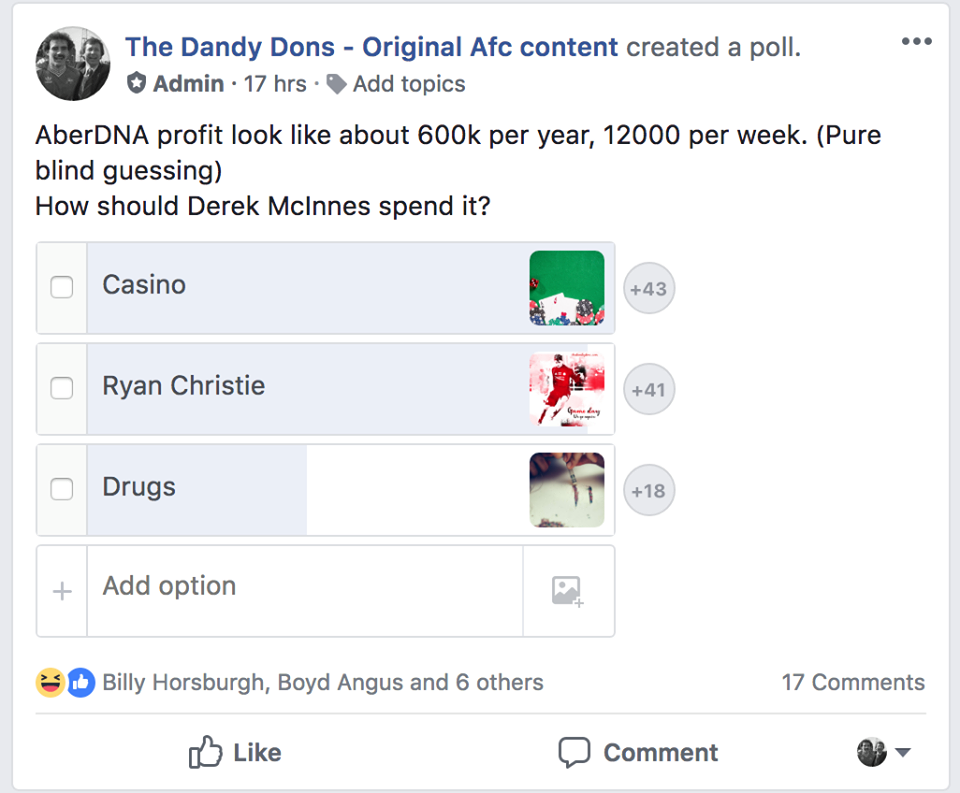 Judging by the lack of signings, it appears Dek may indeed have pissed the money up a wall at a casino. Well as long as it wasn’t wasted.
The World Cup. Aye, shameful, disgraceful, childish, unnecessary. But enough about the BBC’s coverage. We weren’t entirely backing our neighbours… And on the back of the Adam Rooney media sneering, and the pub league digs in general, fuck em. 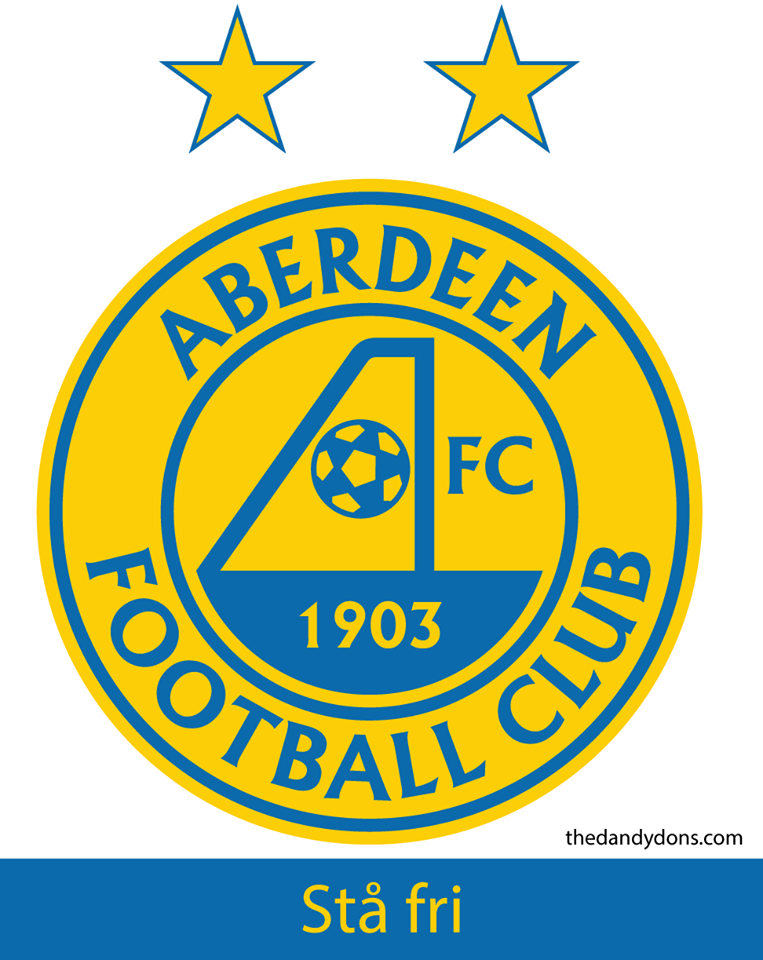 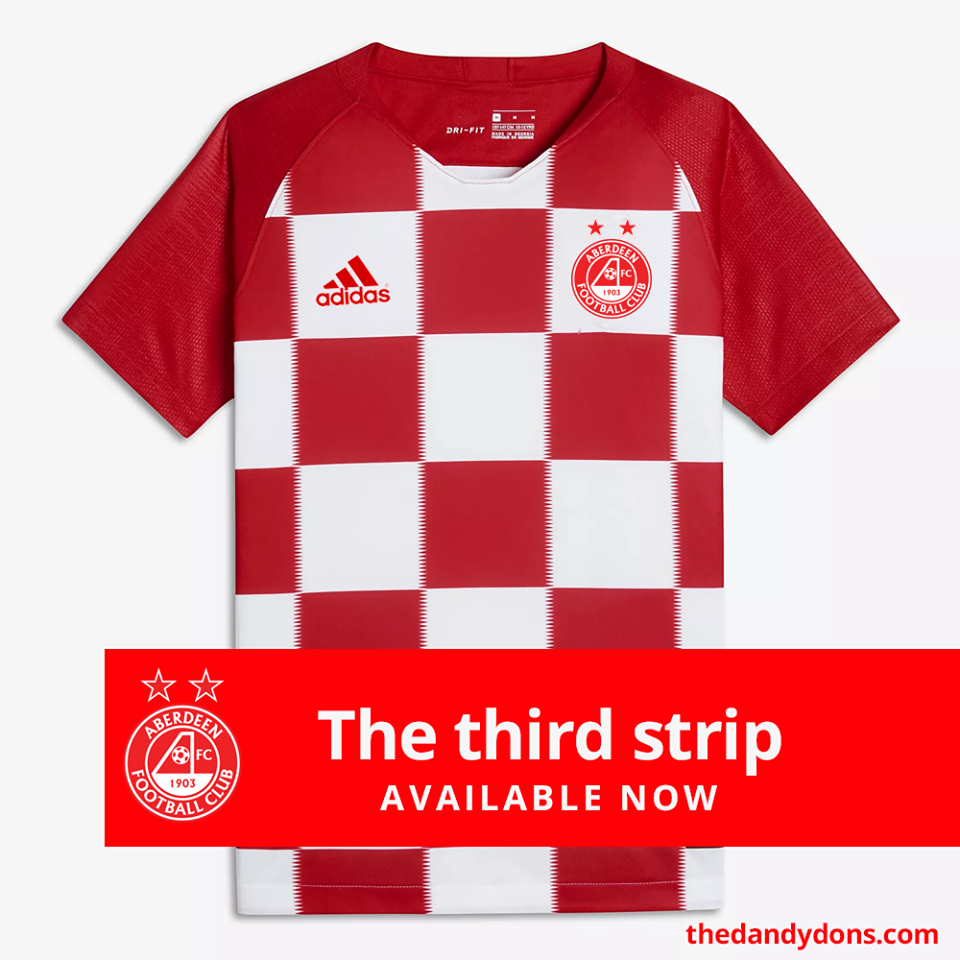 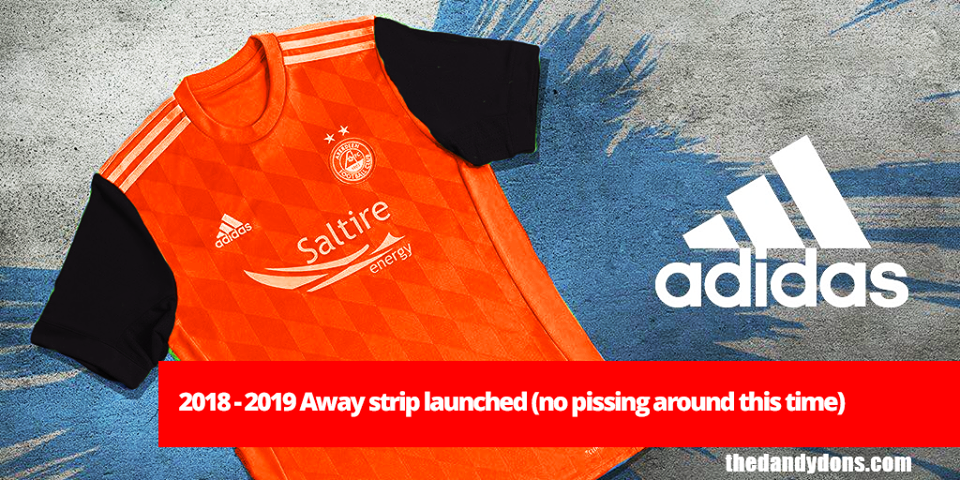 On the back of blue strips, and green strips, for younger readers, this is a Dundee Utd strip. Dundee Utd were a football team back in the Eighties… 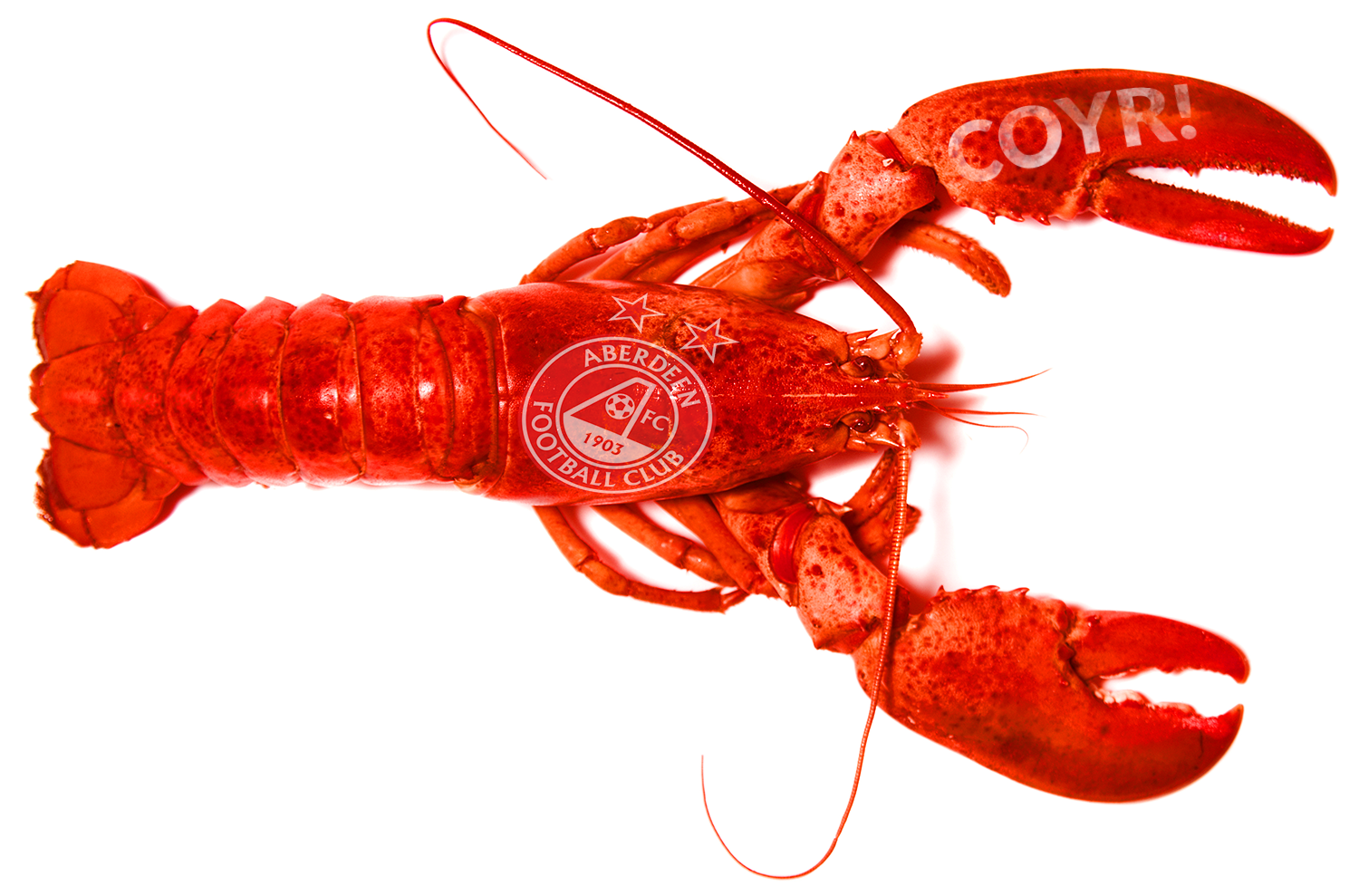 Told ya, lobsters are part of the Dandy identity. More to follow. 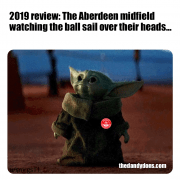 The Last Meme dump – the end of the decade, end of times 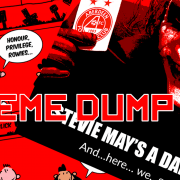 Meme dump 11 – May the force be with you 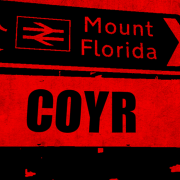