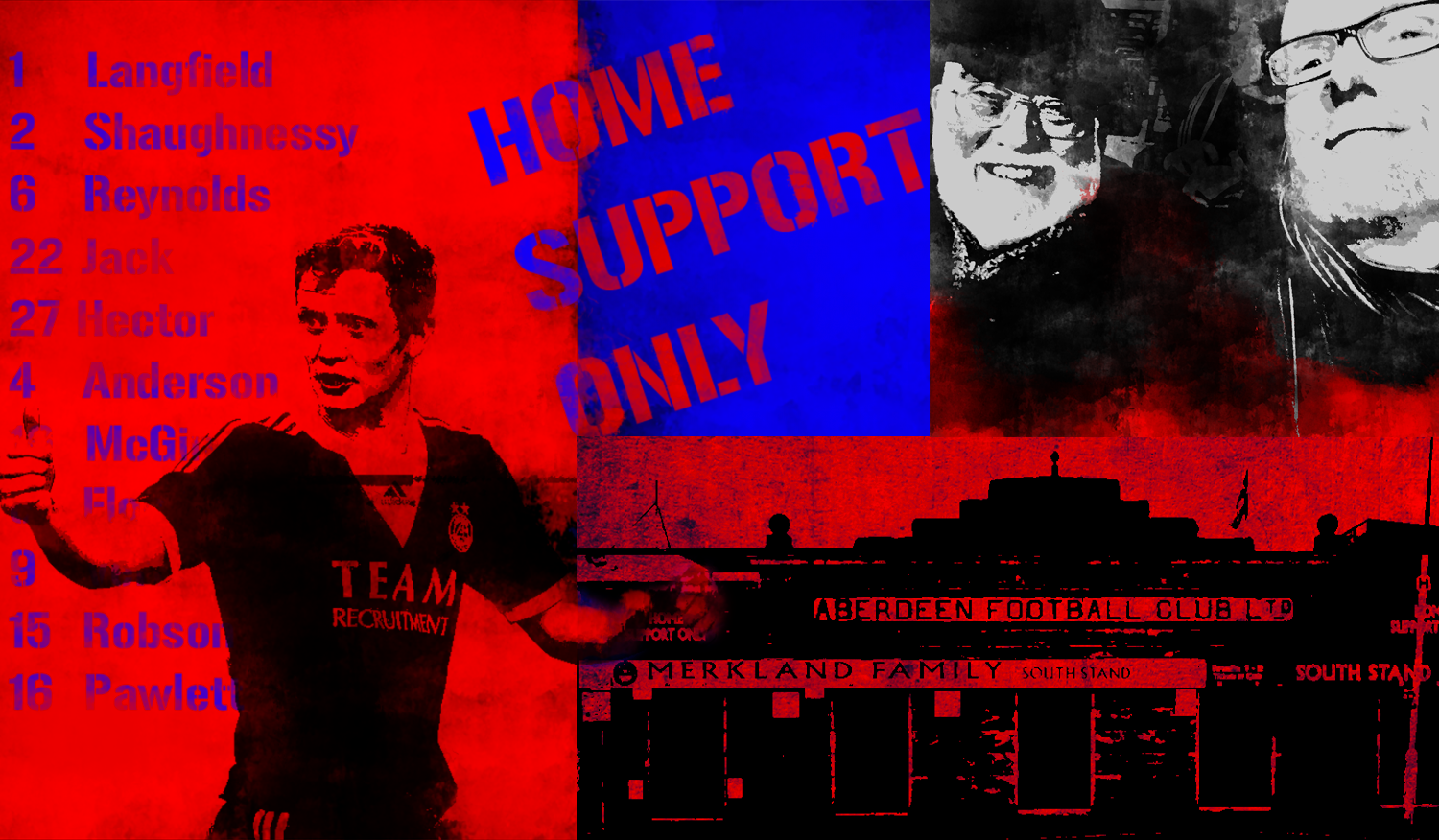 My favourite McInnes game and my dear old Dad

We were playing Inverness Caley Thistle, in Inverness. It was McInnes’s first full season. My elderly father had difficulty walking, so the best place for us for accessibility was the Main Stand, with the ICT supporters. Very respectfully, in their area, not letting on we weren’t really neutral…

We go one nil up. Brilliant. We then cotton on, seeing your team score, and not being able to scream ‘yes!’ is a bit uncomfortable. Still, we are winning, and playing some great football. We score another, then another, and another, all before half time. Aberdeen are cutting through ICT like a hot knife through butter. It’s a long time since an Afc team have clicked like this in a game.

Sensational to watch, but incredibly frustrating when you can only raise an eyebrow and share a glance with your Dad, as the Aberdeen end go absolutely ballistic.

At half time we can at least talk about it, talk about how difficult it is to contain your emotions, and laugh at the moaners we are surrounded by. We take a quick smug half-time selfie, top right hand illustration above. Our expectations are high for the second half.

We then discover there is something more uncomfortable than watching your team score while in with the opposition supporters. The opposition scoring.

Inverness get a goal, then get another, inside ten minutes. While chasing their third, they hit the bar twice. Neutrals would be loving this game, we are not neutrals. The supporters around us are going berserk. You can’t even get upset when you are around the wrong people. In the ninetieth minute Inverness get their third goal from that bastard Graeme Shinnie.

Somehow Aberdeen hold on for the victory, Barry Robson managing to take the ball to the corner flag for the eternity of the six minutes of time added on.

It was the last football match I attended with my father. His funeral said nothing about him, thanks to the narcissist stepmother from hell… so if you’ll indulge me.

My father was in a care home in Laurencekirk. I was visiting him knowing he was near the end. It’s incredibly tough living in another country at a time like that.

We had a great day, chatting about everything and nothing. Aware I’d worn him out, I put Red TV on my computer, perched it on the end of his bed, and we watched Aberdeen v Bayern Munich together, chatting about football memories. Just magic. The nursing staff let me know it was time to go. We were to watch the final the following day.

I came in the next day, and he gently slipped away.

From head chef at The Balmoral Restaurant in Inverness, Sutherland Hotel and Stotfield Lossiemouth, Forest Hills Hotel, Aberfoyle, manager of the Princess Restaurant, The Palace Restaurant and The Pharos Restaurant all on Union Street, and a number of restaurants around Dundee. He was managing eight units at one point.

As manager of The Commercial Hotel in Buckie, he got Ally McLeod to Buckie just before the ’78 World Cup. It was quite a night. He was Mr C of Mr C’s restaurant in Buckie in the Eighties. The St Fergus Steak surreptitiously going onto the specials menu on a Saturday evening, in honour of Fergie after a particularly good win.

Steward at Westhill golf club for a number of years, where I heard several times from others, his dinners were legendary. There is an article at the end from the P&J from that time. What he didn’t know about food, wasn’t worth knowing.

He carried on working in a variety of jobs until his early seventies, before a well deserved retirement.

He was kind, generous and had a wicked sense of humour. After his stroke had cruelly removed his ability to read, he quietly worked at what I came to consider his stand up routine. Amid a seemingly innocuous chat on a serious subject, he’d come with an unexpected zinger, the paralysis from his stroke giving him an unreadable poker face, this brilliantly crafted punchline delivered so deadpan, would leave me doubled up with laughter.

Much more than a football club

The day he died, I was back in central Aberdeen with only an empty hotel room to go back to. Wracked with grief, alone in the city and desperate to connect with my father, I did the only thing I could think of. I went to Pittodrie.

I walked down the Merkland Road, reached the Merkland wall, and just scraped my finger along the granite. Next to the entrance of the South Stand we used so many times together.

Because it’s more than a football club. It has a soul, and a spirit, it connects families, generations, friends, memories, lives. 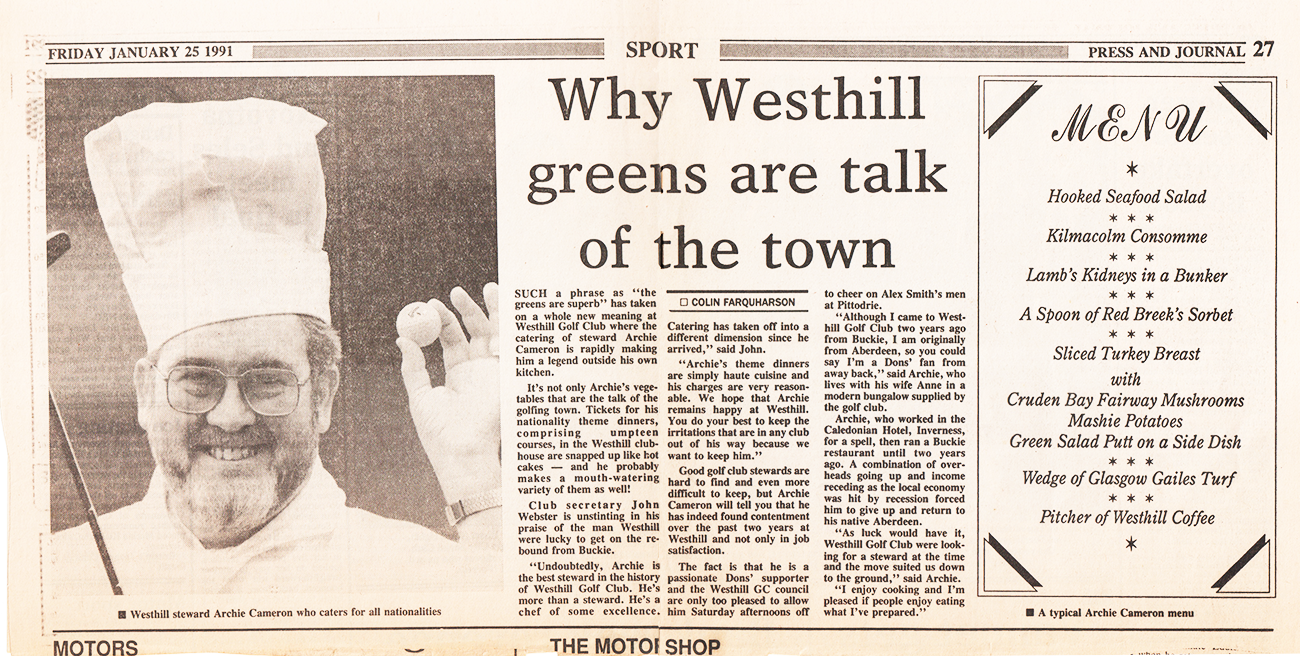