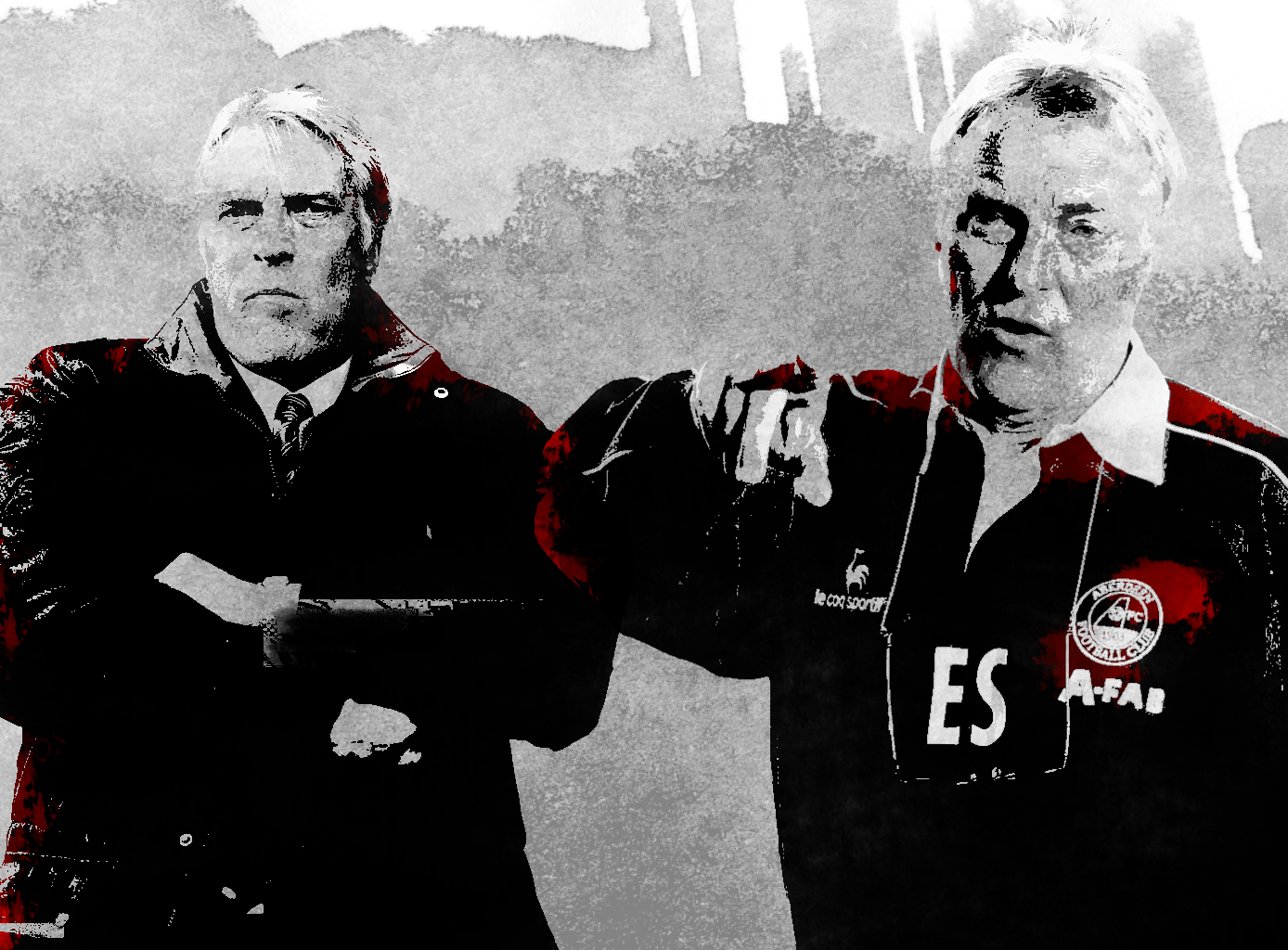 A look at the late great Ebbe Skovdahl and his time at Aberdeen. This is built on a previous article about the Skovdahl years and has been amended to reflect his passing. The person writing it isn’t a journalist or writer.

Of those who became Aberdeen manager after Alex Ferguson up until Derek McInnes arrived, every single one was sacked, except Ebbe Skovdahl. (Update: Ahem)

Of all the football managers Aberdeen had post Sir Alex Ferguson, Skovdahl is probably the only manager who left behind a significantly better team, than the one he inherited.

It is worth looking back at what Skovdahl inherited, and from who. One of Stewart Milne’s first pieces of work as Aberdeen chairman was offering Roy Aitken a new contract. I think Milne later said he was a bit star struck by Aitken. Then as the team were atrocious Aitken had to be sacked, as he was never a football manager, and in came, unbelievably, Alex Miller. A man who had been sacked as Hibs manager as his team were nothing short of abysmal, and somehow became ‘highly rated’ on the back of a successful spell as assistant manager in England. Well that’ll work.

In a complete surprise to no-one who had been paying attention, Alex Miller was an abject failure, a huge amount of money was wasted and yet another manager left with a massive compensation cheque in their pocket. This is where Aberdeen were going seriously into debt.

Aitken into Alex Miller into around five months of Paul Hegarty as interim manager running the club into the ground led to Skovdahl arriving at Aberdeen FC at ‘ground zero’. Post Alex Ferguson Aberdeen were as low as they could be. An absolute shambles.

Skovdahl wasn’t found by Milne, a team of headhunters were sent into Europe to find the next manager.

Skovdahl was a very successful manager at Brøndby in Denmark, (with his passing he is still their most successful manager, winning four Danish championships and three Danish Cups) they won trophies, they developed talent, and sold talent expensively, and they did it on similar budgets to Aberdeen. Skovdahl regularly stated how important it was training facilities were needed, requesting multiple times publicly.

It’s interesting listening to some of his former players being interviewed about him. To be fair they are hit with leading questions, designed to get them to laugh at him or belittle his ways, which they do, and then they say something properly enlightening like ‘but it was weird, as he introduced stuff like weight training which was unheard of then, but everyone does it now’. Yeah lads, you had a state of the art European coach!!

The first year would lead to avoiding relegation by the skin of our teeth, but two cup finals, and the crowd were firmly with Skovdahl. There was hope. The team were improving from a very low position. Young players were getting better.

The team would come together to form quite a unit, manager, players and support. We missed out on third to a high spending Livingston that would eventually be liquidated. We won nine home games in a row. There was a Danish Day to celebrate the renaissance of the club. See the artwork below.

There was a dark thing that kept happening. The team kept being turned over by Celtic. Huge terrible defeats, that blighted everything. It’s worth remembering what that Celtic team had back then. Larsson was reputed to be on 42k per week. At that time, that was as high as the highest EPL salary (Ryan Giggs may have been earning less at the time). Sutton and Hartson were in the 30k pay bracket, again EPL players, on top EPL salaries. Barry Ferguson at Rangers was on about 30k a week (which ended well for his employer).

Aberdeen players were on a fraction of that. They still are almost twenty years later. The team was young, and they went to pieces many times. On top of that there was the Glasgow media. Led by Traynor then at the BBC and the Daily Record Sports Editor, Aberdeen were and still are a very easy target for the Glasgow media to go after. They went at Skovdahl constantly.

At that time the Scottish national team was appalling and we really were not developing talent in Scotland. Not once did I hear Skovdahl get asked about it. At the same time as Denmark had players playing all over Europe at the highest level. Many of those players Skovdahl had a hand in their development, Brøndby had some of the best youth development in Europe, he was related by marriage to the Laudrups FFS (European football aristocracy). The lack of journalistic curiosity that so is Scottish sports’ journalism and their complicity in the shocking state of Scottish football. Built around concentrating on two sectarian peddling businesses to the detriment of the rest of football and Scotland and talent development.

So Skovdahl was on a hiding to nothing from the media. During his time when things were going well for Skovdahl at Aberdeen, Scottish football got hit by a TV deal collapsing, and for a variety of reasons Skovdahl got a significantly reduced budget. Not long later he announced he was leaving.

One of the very telling parts regarding Ebbe is during his time at Aberdeen and since, whenever he is mentioned someone always has a story to tell of meeting him. And he was always the loveliest guy, who showed great interest in the person he was talking to. By all accounts an absolute gentleman.

WIllie Miller, Hedges on fire, stovies and a whole lot of politics
Scroll to top