The Guggenheim Gallery in Bilbao. Just the sort of modern, out there design Aberdeen F.C’s new stadium should have, except with floodlights, big towering floodlights. A stadium so imposing, no seagull would dare shit on it.

Let’s say for the sake of argument, Aberdeen F.C. will eventually get a new stadium. That stadium will need a name, and the stands will need names. Since we are probably not going to be asked, and decisions may already have been made, what would be your preferred names?

We also have a proposed new training complex, but hopefully Ally Begg’s Twitter campaign to get it named after Teddy Scott will do the business. This article is open for comments, or use the Facebook comments, it would be great to gather lots of ideas. It’s imaginary land, you can do what you want. Part of my reason for wanting decisions like this to be made or at least discussed, is we are all getting older, and some people might not get to see a new stadium. Arguably the way things are going, none of us will…

We’ve got four stands (even if it’s oval) two of which are slightly more important than the other two, due to their size. I will use the current Pittodrie stand names as a guide to where I mean.

The current South Stand in a new stadium. ‘The Miller and McLeish Stand’.

The Richard Donald Stand in a new stadium. ‘The Donald, Anderson, Milne, Family Stand’. Named after the three sets of directors’ families. We could shorten it to the DAM stand, or change the name order, it becomes the MAD Stand. (I’ve thought this through).

The current Merkland Stand in a new stadium.  ‘The Gothenburg Greats’ Stand’

The Main Stand in a new Stadium. ‘The Sir Alex Ferguson Stand’.

Which leaves the name of the stadium. It has previously been said sponsorship of the stadium name would be important. Well whenever I hear of Arsenal’s Emirates Stadium, it makes me want to puke. So my favoured name for a new stadium is. Pittodrie. Not New Pittodrie, just Pittodrie. Again, who says you can’t take your own name with you? And I’m pretty sure the postman will eventually work out the new address…

I’d also like a ‘Stewart Kennedy Corner area’, a ‘Doug Rougvie Corner Area’, and a ‘Peter Weir Corner Area’. Leaving us one corner area to be named later. But the way things are going, Jonny Hayes may have first dibs on it.

And the Donald Coleman dugouts.

And also, three of the stands in Pittodrie currently have no names. What is stopping the club naming the South Stand, “The Miller and McLeish Stand” now, if that were the name chosen. And saying, the name will follow to the new stadium.  Miller is sixty, Sir Alex Ferguson mid seventies. It’s um squeeky bum time…

So over to you, what would you name the stands, and the stadium. 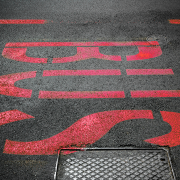 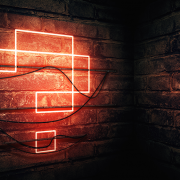 Why has Scottish football been re-branded as a copy of the English game?
Scroll to top