Why has the SFA been re-named? Why did they copy the English League names when re-naming the Scottish leagues ? Are the people responsible incompetent, devious or in fact visionaries…

On the left is the old SFA logo, in use up until 2012. It was on the national team badge, and represented the Scottish Football Association organisation. On the right is the re-design. 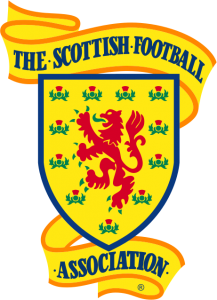 The new design is well implemented. But what about the name? Previously it was referred to as The Scottish Football Association, or SFA for short. Now it is the Scottish FA. Like in England where they have the FA.

An odd decision after 140 years. Why the change now?

Well I bet it’s handy for explaining your job at dinner parties in England, or applying for other executive positions in England…

What do you do?

I work for the SFA.

I work for The Scottish Football Association.

Aaah, like the FA, but Scottish. I bet one day you’d like to work for the FA…

The Scottish league of extraordinary gentlemen

Why did they copy the English League names when  re-naming the Scottish leagues ?

England has a population of over 50 million, plus all the TV money creating arguably the world’s most successful league system. So copying the naming structure immediately brings comparisons between the two league systems, and makes the Scottish leagues into an obviously inferior wannabe version.  And the English leagues have random, not particularly well thought out names. It wouldn’t be hard to come up with something original and better.

They may just have well called it The Scottish Bundesliga, or The Scottish La Liga. And invite automatic comparison that way.

So the decision was either pure laziness, right everyone we’re done, lunch? Which is very possible. Or being aligned to the English version is somehow beneficial to a CV. A future career move…

What would be the logical step up for whoever was in charge of these organisations?