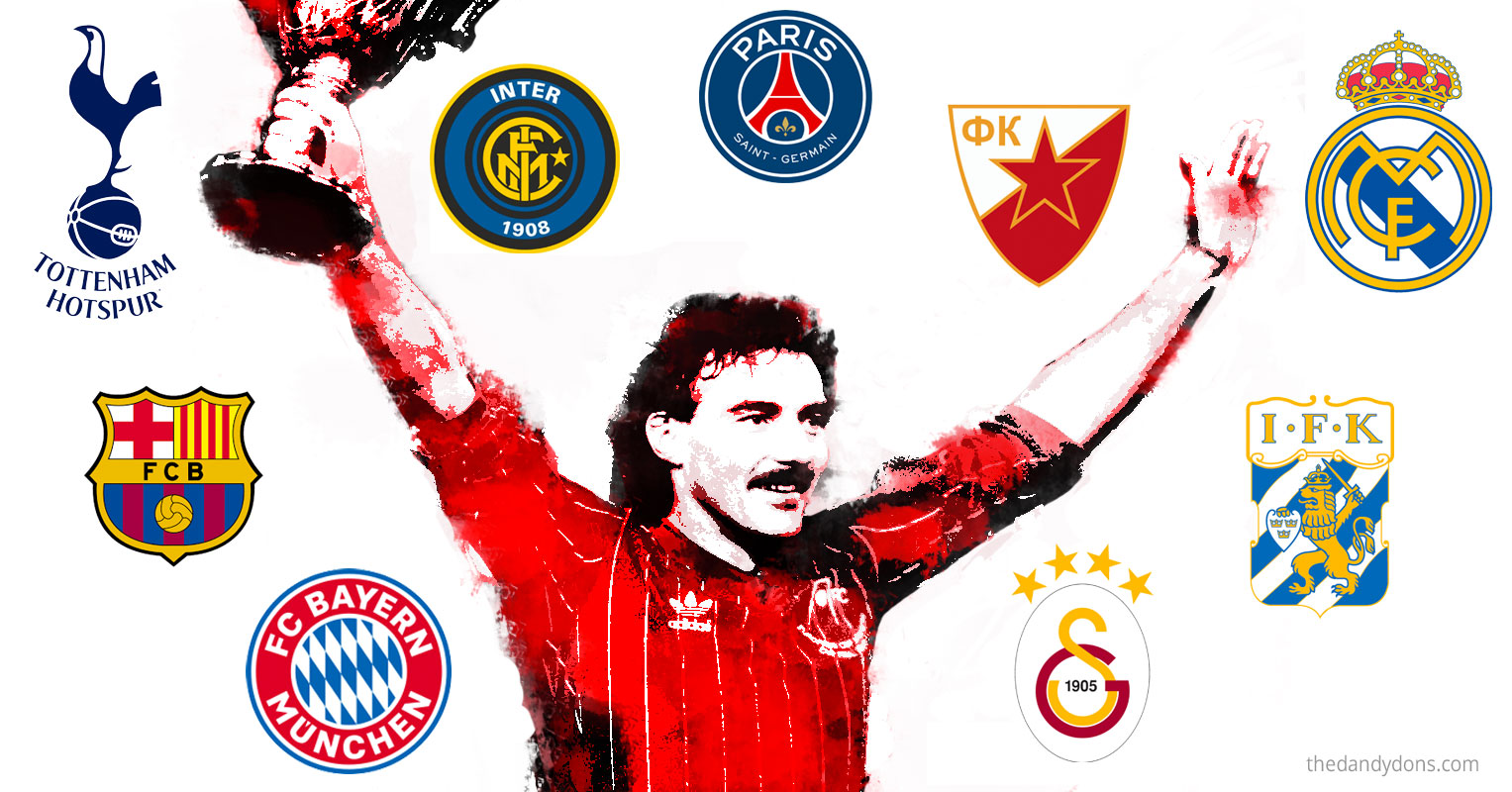 A few facts about the 1983 European Cup Winners Cup tournament.

As well as Real Madrid and Bayern Munich, Barcelona, with Diego Maradona, were also in the tournament. As were Inter Milan, Paris Saint-Germain, Red Star Belgrade, Galatasaray and Spurs. The hand of God would eventually lift the trophy.

Aberdeen’s semi-final opponents Waterschei don’t exist anymore. Gone since 1988. Amalgamated with another team to become Genk. Genk have been in the Champions League a few times and developed Kevin de Bruyne and Christian Benteke among others.

IFK Göteborg were also in the tournament (where the final was eventually played) and would go on to win the UEFA Cup beating Dundee Utd in 1987. Their second UEFA Cup.

In 1982 the trophy was won by Barcelona. In 1984 by Juventus. Barcelona, Aberdeen, Juventus.

The following year, the holders Aberdeen were knocked out in the semi-final by Porto. It was later discovered, the referee had been bribed by Porto. https://www.independent.co.uk/sport/football-portuguese-officials-imprisoned-1353511.html

The final was between Aberdeen and Real Madrid. Aberdeen won 2-1 after extra time. The winner was scored by John Hewitt. An Aberdonian.

Aberdeen would go on to beat Hamburg in the Super Cup final, held over two legs, for the second of their European trophies.

Around twenty years ago in a radio interview, Hugh McIlvanney was asked who in his opinion had been the greatest ever British football manager. His answer, Alex Ferguson, based on what he had done at Aberdeen alone.