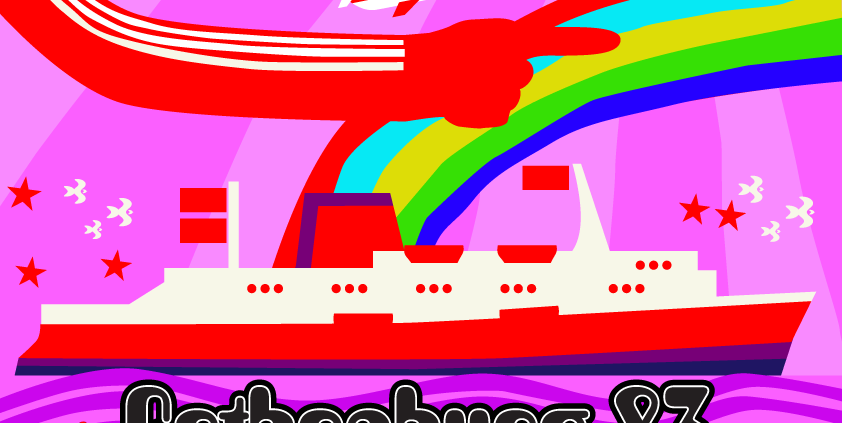 At best I thought a few blog articles of stories of Gothenburg, it became a 112 page eBook. As I didn’t write it, only compiled and designed it, I think I can say, it’s a great book. I kept it free as they aren’t my stories, and even if I’d charged with a view to a charity donation to the Supporters’ Trust (which was a strong consideration) those who contributed would need to pay to see their stories. I didn’t think that was fair.

It began just after my father died. I was stranded in central Aberdeen, staying in a hotel, waiting to find out when the funeral would be. We’ve all got to deal with these things. It was the long, hot summer of 2018, the World Cup was on. I went out one evening to a pub to watch a game, to try and get rid of the white noise from my head. Got chatting with this bloke about fitba, he’d been on the St Clair. So happy to hear about something, other than death and grief and having to deal with the sociopathic step mother from hell, I just wanted to know everything. I also realised I didn’t know the other ways, (what became the Harwich way), that supporters had taken.

I became aware quite quickly as the stories were coming in, that it would work. I was loving reading the stories, so others would too. I had considered putting a call out for an editor on social media. As I am neither an editor or writer. (You know, you’re on my blog!). But held off. I began to realise the stories worked in the words/voices of those telling it. And if I almost fell off my chair laughing at a story, or was just about moved to tears on another, so would others.

The memorabilia, the St Clair itinerary, the Heaven ticket, the programmes, match tickets, the newspapers, all of it so important to the history of Aberdeen Football Club. There was an element of historical document to it. I avoided doing any ‘clever’ design with them. They went in, as is, and as readable as possible. With none of us getting any younger, this needed documenting.

Every part of it was like a piece in a jigsaw coming together, to tell The supporters stories of Gothenburg. There are some beautiful patterns in the stories, that interweave. The rain, the alcohol, the price of alcohol, the fountain outside the Ullevi, the positivity, the sense of disbelief, the sheer awesomeness of The St Clair… I think we now know where Dandies go when they pass away. A nightclub called Heaven in Gothenburg in 1983 after that game. A nightclub where they are all deliriously happy, and they can moan about prices to their heart’s content. Dandy Heaven.

The illustrations, I wasn’t sure to put them in. It wasn’t about me. As the first stories came in, I began a few drawings. The Beatles’ Yellow Submarine artwork by Heinz Edelmann inspired me. The joy that is a big part of the art, and the song, this led to the rainbow appearing. (After all the rain, and what’s at the end of the rainbow). Visually it breaks up all the red, with the AFC colour palette being limited . I dropped in a few Beatles’ references in the artwork. A red submarine, The Fab 4, Magical History tour, and contrived a clunky connection after the event. Didn’t they say the Liverpool game began the whole journey towards Gothenburg.

Here’s to Gothenburg 83. Thanks abidy for your help.

If you haven’t read the book, it’s here, and it’s free. https://thedandydons.com/gothenburg-83-the-fans-stories/

McInnes – where now?
Scroll to top