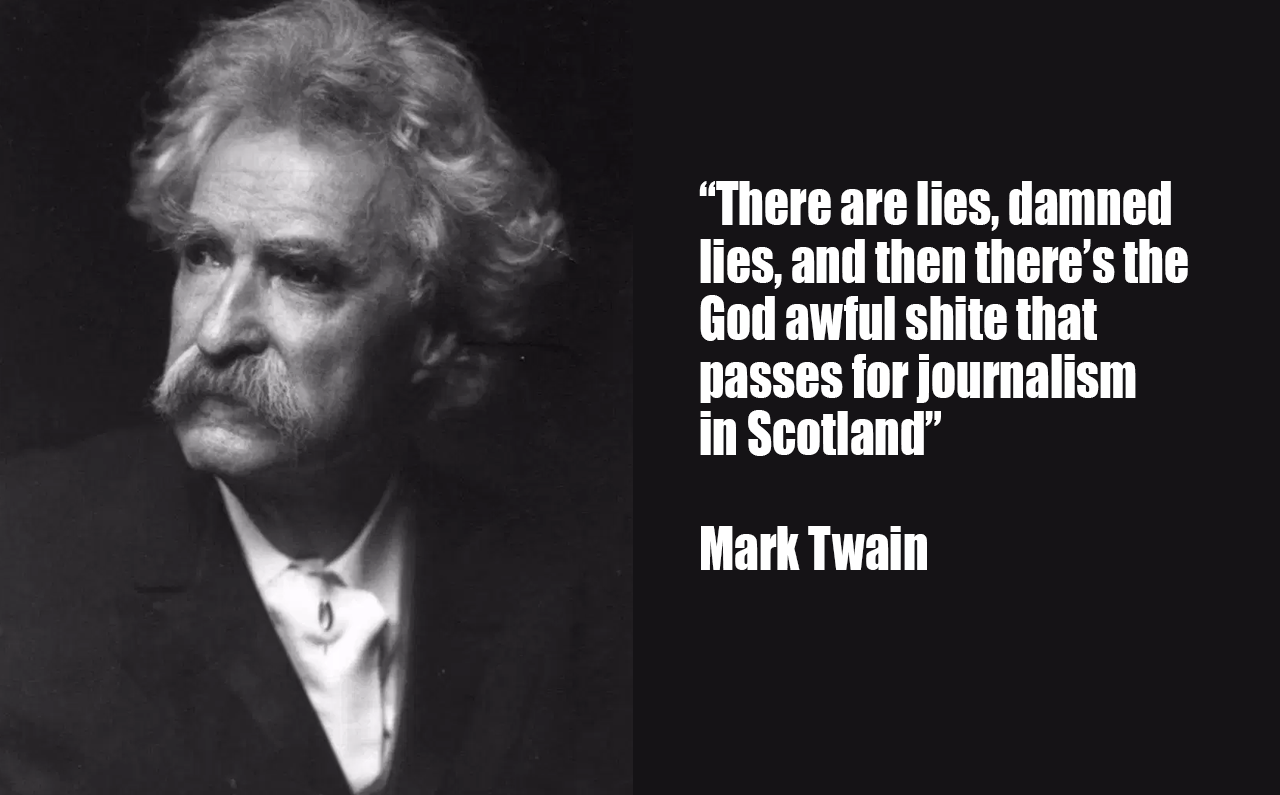 The most powerful force within Scottish football is EVERYONE ELSE. The supporters of all the clubs out with The Old Firm who refused to purchase season tickets when the entire Scottish media, the armageddon invoking football authorities, the directors of many of the clubs, TV companies and sponsors all insisted NEWCO had to start in the top division. They were all told NEWCO were going to start at the bottom of the football leagues by supporters simply not purchasing their season tickets. By way of proof, it was not decided which league NEWCO would start in until around two weeks before the season started. The reason for this was brinkmanship. The directors, media, and football authorities were convinced season ticket holders would fold, and purchase their season tickets regardless of where NEWCO started. They didn’t fold. They held off until it was declared Newco were in the bottom league.

Nowhere in the Scottish media will this be acknowledged as a significant event in Scottish football or even in the Sevco/Newco story. Also note how current talk of league reconstruction to benefit The Old Firm is being kept as far away from season ticket renewal time as possible.

In fifty years time there will be Scottish football. There will be Aberdeen F.C, there will probably be Pittodrie. In fifty years time, The Scotsman, The Herald, The daily Record, The Scottish Sun will be history. For talentless worthless, waste of space Scottish journalists in a dying industry with rapidly falling readerships, to criticise any other field for lack of talent or ability or application is so brilliantly bullshit it simply re-inforces the fact, these fucking imbeciles don’t even understand the meaning of the word ‘irony’.

What has gone wrong? Is it the schools, is it the universities, is it the newspapers, why oh why does Scotland not produce any journalistic talent anymore? Where are the McIlvanneys and the, eh McIlvanneys of the past?

Lie number 3: Ally McLeod was to blame for the 1978 World Cup fiasco and we should forever feel shame for the disgrace and humiliation

The 1978 World Cup was fanfuckingtastic. There only was one game, and that was against Holland, and for a few minutes the whole country could hear the theme to the Rocky film as Scotland were heading to the most Hollywood of unexpected results. Jonny Repp, it didn’t happen.

Were we too bigged up? Were we over confident, were we wrong to dream? Every fucking competition since, a country thinks they are going to win it, or going to do really well, and fuck me if they don’t come home after three matches. Do they beat themselves up about it forever more? No, they pick themselves up and keep going. And largely don’t give a flying one what people think in other countries, as they are aware no-one gives a fuck as every country in the world is self obsessed.